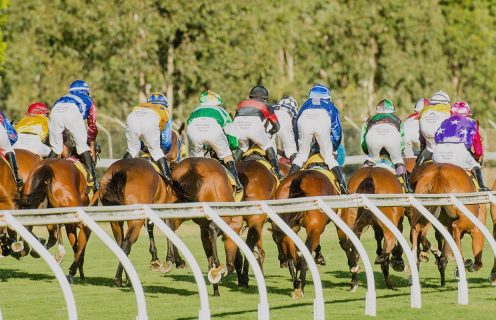 The Rockhampton Jockey Club has been inundated with entries numbering 112 horses which could make it the biggest Saturday race program for 2021. Originally only six races were set to be run but Racing Queensland added an extra two to compensate for the loss of recent washed-out race meetings. As a result, Saturday’s highly promoted card being the last such weekend date for the year looks like being a “bobby-dazla” which equates to meaning outstanding. Even better, weather forecasts for Rockhampton indicate a fine sunny Saturday with a maximum temperature of 32 degrees – ideal for a party day at the races

Much has been planned for the social racegoer including the Brookvale Union Christmas Party which incorporates a four hours drinks package and a big Aussie barbeque.

“This will run from noon until 4pm and will also feature live entertainment by the Zac Cross Band. There are still some reservation spots available but we expect them to sell quickly now especially give the positive weather prediction for Saturday”, the Rockhampton Jockey Club events manager Kelly Suli said. Complete details of the package and ticketing arrangements are available on the Rockhampton Jockey Club’s website and Facebook page.

In other racing news, a group of Callaghan Park trainers are planning an assault on Thursday’s Townsville’s TAB races, weather permitting of course. In recent months Rockhampton trained horses have dominated the northern provincial TAB meetings at Townsville and Mackay. Just last Friday, Callaghan Park trainers won four races or half the card at Mackay which followed a likewise effort at Townsville the previous Sunday.

Sweet Fantasy trialed well at Callaghan Park a fortnight back and is expected to very hard to beat in Thursday’s race.

Rockhampton apprentice Tahlia Fenlon is set to make her provincial race riding debut at the mega Townsville program where she has four early bookings.