Bring on The Archer at Callaghan Park racecourse on Saturday week. Article by Tony McMahon 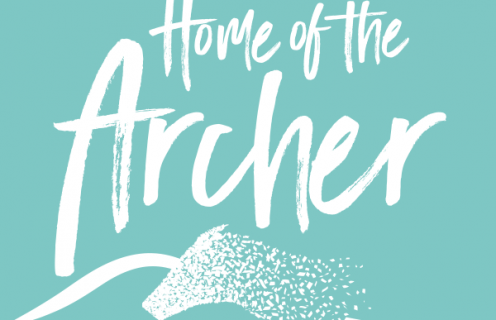 The Archer ($440,000), the richest race in the 154 years history of Rockhampton racing has lived up to its hype by luring the most affluent field ever of race winners to Callaghan Park.
The glamour race, the brainchild of the Rocky Amateurs will be staged before what is expected to be a massive crowd at that racecourse on Saturday, May 7.
That race day will offer a staggering $652K in prizemoney which once again represents an all-time record for a Rockhampton race meeting.
When entries for the select 12 horse invited field closed at 1pm on Wednesday, its capacity of a dozen top line sprinters from some of Australian racing’s best stables came to fruition.
Half the field carry millionaire row status including Tyzone ($2.421M- Toby and Trent Edmonds) and Victorian entry Streets Of Avalon ($1.142M- Shane Nichols), both elite GROUP 1 winners.
The quality of The Archer field is reinforced by three multiple GROUP 3 victors including Gai Waterhouse and Adrian Bott’s Dawn Passage as well as Desleigh Forster’s Apache Chase.
Striking more impetus into The Archer will be the appearance of Victorian trainers Ben and JD Hayes trained double GR 3 winner Crosshaven.
Not forgetting of course, the oldest entry, the 8YO Niccanova a GR 2 winner alongside of nine other successes for a handy $672,052 in purses.
Newcastle trainer Kris Lees plans a two-pronged attack through his seven times winner Gem Song as well as Ventura Ocean.
Sydney’s much in favour trainer Annabel Neasham who prepares the champion Zaaki, will run well credentialled gelding Holyfield in The Archer.
The Archer has also captured the attention of leading Australian trainer Chris Waller as he will start his six times winner of $1.127M in Kubrick.
The Archer field’s excellence is highlighted by its entries having won 98 races in total while accruing $12,385,546 in stakes.
Queensland trainers have also rallied around The Archer with as aforementioned Brisbane’s Desleigh Forster providing one of the favourites in the brilliant 4YO Apache Chase (8wins – $1,500,125).
Fellow Eagle Farm based trainer Robert Heathcote has the outstanding Emerald Kingdom running hopefully adding to its tally of 11 wins and $555,850 in stakes.
Naturally, the parochial Rocky crowd will be wildly cheering for that city’s current biggest prize money earner, the Graeme Green stable’s Master Jamie (9 – $672,050).
It has been well documented that John Kele a slot holder for required entry to The Archer was motivated by loyalty to Rockhampton in negotiating with connections for Master Jamie’s placement.
With such an array of racing equine talent to be backed by the presence in Rockhampton by visiting owners, trainers and jockeys never expected to race at Callaghan Park, already the concept of The Archer is a winner.
The flow-on to the Rockhampton economy will benefit considerably while the exposure of Rockhampton racing and Callaghan Park racecourse is immeasurably uplifted.
Bring on The Archer at Callaghan Park racecourse on Saturday week.