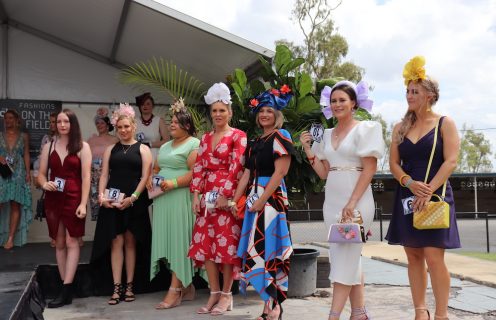 The Rockhampton Jockey Club is cementing its future as a major training centre in Queensland with the construction of two new blocks of stable barns at Callaghan Park racecourse.

Each barn will contain 20 stables while two equine motorised walkers will be placed in close proximity for the exercising of horses occupying them.

RJC CEO Tony Fenlon said work on the construction of the barns will commence forthwith.

“Funding of in the vicinity of $900,000 was provided by Racing Queensland. It is a case of accepting the funding for their construction as we look to consolidate the club’s status as a major racing player and training centre in Queensland”, Fenlon said.

He said presently there were no applications from trainers outside of Rockhampton to lease the new barns,

“It is a case of having the facilities in place and believing they will come”, Fenlon said.

Presently there are six stable 20 horse barns on-course at Callaghan Park adjacent to the home straight from approximately the 150 metres mark.

Until recently, these barns were fully occupied but Fenlon said presently there was about 110 horses occupying them.

A similar number of racehorses are trained from stables and properties off course, not only in Rockhampton but in outlying centres within close proximity.

This means as many as 250 horses can be in training in the Rockhampton region at any one time.

Earthworks excavation for the mounds for the two new barns will commence soon with the RJC advising trainers to familiarise themselves with this but the early morning trackwork schedule will not to be affected.

Meanwhile, Rockhampton owned Marway has escaped injury after becoming stirred in the barriers prior to his scheduled race at Randwick’s Kensington track on Wednesday.

Marway, the race favourite after being in the barriers for some time was errant lunging forward and hitting his head on the front gate.

He was subsequently taken out of the barriers and was deemed unsuitable to race by the vet and was a late scratching.

Stewards subsequently ruled Marway would have to trial to their satisfaction before being permitted to race again.

“There is nothing wrong with him (Marway). No lumps or bumps. He was actually put through the barriers at Randwick again on Thursday morning and was OK’’, his Rockhampton based managing owner Greg Sturgiss said on Thursday night.

“Wednesday was a big letdown for us (owners) watching at home. However, it could have been a lot worse had we flown down to watch the race on Wednesday”, Sturgiss philosophically said.

It is expected Newnham will find a suitable race for Marway in the coming weeks providing he trials well next Tuesday.

Greg and Elaine Sturgiss will offer Lot 75, a filly by Marway’s sire Hemingway (IRE) at the Capricornia Yearling Sales in Rockhampton on Sunday, April 11.

Marway is a prized graduate from the CYS.