Long Live the Theatre of Racing 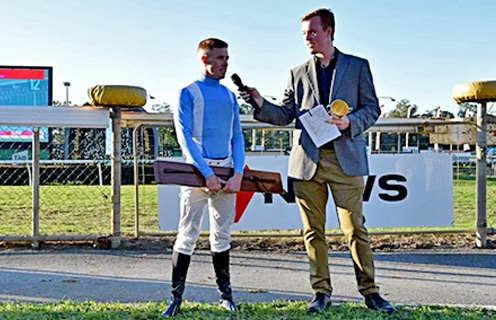 Remember the song “The Carnival is Over”, written by Tom Springfield in 1965 for The Seekers?

Well, I do and I always start singing it in my hoarse (no not horse) tones at the conclusion of any racing carnival which has involved my participation in one way or another over the last 54 years.

So true to form, that was the case again last Sunday morning much to the disgust of my pet dogs Annie-Wonder and Bella.

The 2022 Rockhampton Jockey Club’s Winter Racing Carnival concluded on a high at Callaghan Park on Saturday when final figures estimated an overall attendance that day of 5000 feet – 2500 people.

Over the coming days, I intend to cover most aspects of the Carnival in both pictures and words.

Firstly however, forgive me for not posting stories on Monday as to be truthful I was suffering from a journalist’s greatest scourge Writers Block.

Yes, it is a phenomenon and for the life of me I couldn’t get the creative juices flowing so rather that provide poor “copy” I decided on a 24 hours spell.

I had just about written myself silly (doesn’t take much as I am a tad eccentric at the best of times) over the last few weeks with my passionate and fact-finding stories on the Winter Racing Carnival.

Let you in on a little secret – researching the facts takes longer than writing the stories!

It is true – “a picture paints 1000 words” and it is as equally true to the very core of me that horse racing is spectacular theatre.

Regrettably, just like fans of movie stars, theatre and television celebrities the diehard and passionate public supporters of the racing industry rarely get the opportunity to meet their idols.

I believe that race clubs -particularly at feature meetings have a duty to be proactive and attempt to change what is sometimes just a stereotype of merely presenting the races.

After all, the theatre of racing to off course viewers is so brilliantly depicted by SKY Racing presenters and other media outlets into lounge rooms so why shouldn’t that be the case for those on course?

So, with the grace of the RJC and chief steward Ben Cooke, I was granted permission last Friday and Saturday to put that process into a small motion at Callaghan Park.

The response if I may say was fantastic not only from racegoers but also the jockeys themselves who so graciously and willingly gave of their time.

Before both the Feature races – the Newmarket on Friday and the Rockhampton Cup on Saturday the jockeys were introduced to the crowd.

Time allowed me to accompany and introduce jockeys William Pike, Jim Byre and Robbie Fraad to some of their loyalest admirers.

The satisfaction and joy these surprises meant to the people involved not only showed on their faces but those also of the major racing theatre players involved.

I’m sure the RJC will allow me to build on this passionate “project” of mine and I once again thank them and the stewards for allowing me to introduce this process.

After all, racing belongs to the little people who are the pillars that fund its coffers.

I trust you will enjoy my accompanying photos and that taken by SKY Presenter Michael Charge of the Newmarket jockeys introduction.