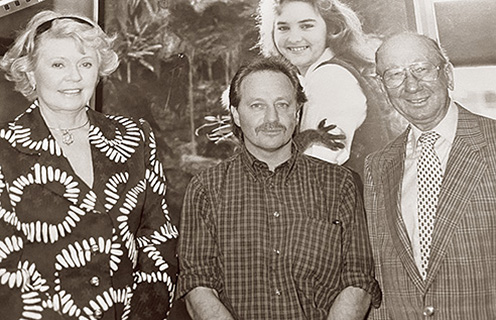 Over the years the Rockhampton Jockey Club has brought many of Australia’s greatest racing names north to Rockhampton to be part of the Winter Racking Carnival. This year champion jockey William Pike will ride at the Rocky Newmarket meeting on Friday, July 8.

Opinions become very passionate and varied when racing folk are asked to nominate the best that have come to Rockhampton. However, all would agree that the guests invited to promote and be part of the 1992 RJC Winter Racing Carnival would be right up there. They comprise the champion jockeys of their era in Peter Cook and George Moore. Born in Mackay on July 5, 1923, Moore conquered racing throughout the world winning some of the great Classics. However, a Melbourne Cup eluded him but he won the Sydney Jockey’s premiership a record 10 times when teaming with champion trainer Tommy Smith. Cook won the great race twice on Just A Dash (1981) and Black Knight (1984). Between them they rode almost 3500 winners.

I met Cook, George and wife Iris Moore at the Rockhampton Airport on May 9, 1992 when the photographs were taken for The Morning Bulletin. Courteously the trio posed for the picture taken in front of a mural of Cherie Rutherford nursing a koala bear promoting the Rockhampton. It struck me their demeanour was somewhat cool. What I was unaware of at the time was that while they greatly respected each other’s riding skills, Cook and Moore were not close by any means. Outside the airport Peter Cook was met by former talented Rockhampton jockey the late Bill Kehl and his daughter Leisa (now Handley). Let’s just say Peter was much more cordial in their company. Interestingly, Bill Kehl was once apprenticed to Tommy Smith in Sydney – small world.

I regard Peter Cook as a close friend and he made quite a number of visits to Rockhampton riding in the twilight of his career in the early to mid-nineties.