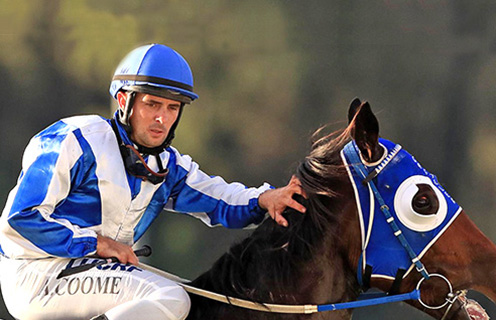 Well at last it is here with the 2022 Rockhampton Winter Racing Carnival getting underway on Saturday at Callaghan Park through the Rockhampton Girls Grammar School’s Raceday. There are many things happening on the day. I believe some tickets are still available for the luncheon packages in the Party Pavilion. Refer to this website for all the details. Speaking of which all the ticketing information about the Carnival Raceday’s and the associated functions and packages are on this site of the Rockhampton Jockey Club Facebook page and the RJC Website. Really this page and the site are must reads every day as you just don’t know what is going to pop up.

Good to see jockey Natalea Summers back in action at the Callaghan Park barrier trials last Tuesday. She had not ridden in a race since last December nor in trials since February while awaiting surgery. Natalea 45, looked very much regenerated winning on Darryl Johnson trained Shatter Proof at the trials. “I had a full knee reconstruction in May’21 and a total hip replacement three months ago in Brisbane. Then I had a screw removed from a knee and a bone graft three weeks ago”, Nat said. She plans to resume race riding in a few weeks with just one or two to kick off with.

The name – Shatter Proof very much sums up the resilient Nat who has had more than her fair share of trials and tribulations through injury. Good luck young lady. The whisper around the tracks has been very persistent that former multiple premierships winning Rocky jockey Adrian Coome is on the comeback trail. Action speaks louder than words and when Adrian donned silks at the official Rocky trials last Tuesday it was apparent the rumour mill was actually right for a change. You have to remember that in horse racing one plus one equals 11! Anyhow a much thinner Adrian had three trial rides winning on Highground. He has not ridden in a race since August 30, 2018 but the now successful trainer has kept very active riding trackwork. With three Rocky Cups (Writer – 2101), Ruling Force (2106) and Colour Charge (2017) as well as three Newmarket’s (Nediym’s Image 2007 and Our Boy Malachi (2013 and 2014) his big race jockeying record speaks for itself.

In all Adrian just 32, has ridden 976 winners and trained 114 since quitting jockeying. Can’t wait to see his talent back in the saddle. Imagine he will be become a dual licensee. Must be something in the air as Mark Barnham has also become revigorated and shed some kilograms. Barnham, 50 – he certainly doesn’t look it, had not ridden in a race since out at Clermont on 19-9-2020 before he reappeared at Barcaldine just over a month back. Good on you Mark as there are dollars to be made with the scarcity of jockeys. Not forgetting of course John Stephens, 63 who is as tough as old boots and just itching to get back race riding. John is a walking miracle after sustaining shocking back injuries from a barrier mishap in June last year.

After being crushed by a horse he was placed in a body cast after delicate back surgery.  Specialist doctors told him he was lucky not to have severed his spine. John was back riding trackwork earlier this year but then suffered another injury. Love to have a racehorse as tough as the man they call Stevo. Saw the former Angele Stephens stable star Lepreezy resumed when a fighting fifth at Canterbury, Sydney last week for trainer Annabel Neasham. John Stephens won eight races on Lepreezy at Rockhampton.

Reckon I did see a horse as tough as M.J. Stephens when old marvel Fab’s Cowboy won his 48th race at Moranbah last Saturday. Yes 48 wins and the Billy Johnson trained 10-Y-O winning machine won by ten lengths. The horse is a credit to Johnson and his Moranbah team as he has raced on 128 occasions. Just think for a minute about the work and dedication that has gone on over the years from Johnson to keep Fab’s Cowboy keeping on. For years now I have been sprucing that Billy Johnson’s horses always look so well.

Now that I have a small interest in Only Emma in his stable, I can witness his dedication and astuteness first hand. Speaking of Only Emma which grows another leg on sand or dirt tracks what about this? Emma is a Class 1 horse and Billy had her in an Open (1000m) at Moranbah on Saturday. I was somewhat perplexed when after arriving there he told me “I think she (Emma) can win”. He was pretty close to the mark as even after lugging 3kg overweight with 58KG for Rhiannon Payne she ran second. I was dumbfounded as theoretically on actual handicaps Only Emma should have had about 35kg.

Chances are she will come out and get beaten back in her own class next start. Speaking of weights and measures hope you backed Missile Thunder at Townsville last Saturday in the feature 2YO as with 57KG through Set Weight conditions he was a certainty and won accordingly.  Remember, I told you that in this column last week? Great second from Tom Smith’s Better Rain to run second.

Congratulations must go out to Rocky trainer Bill Weeks for his much overdue first winner at Mackay last week with Hinvictus. Like me Bill is no “spring chicken” but he has preserved training since the 2016/17 season turning up almost each morning at Callaghan Park with one or two of his only stable horses. Invictus was his first winner but in all Bill’s, record includes 11 placegetters from just 33 starters. Bill has been a part of Rocky racing all his life has admirable perseverance. Now that the monkey is off your back Bill, I hope Invictus and Ling Jun Topgun weigh you down with winners.