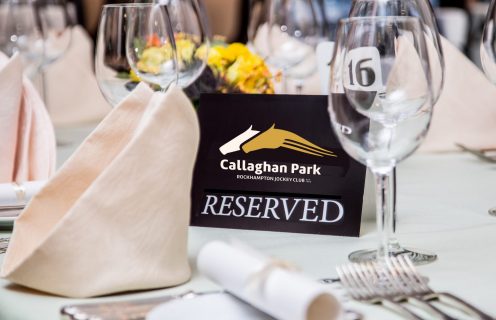 Excitement is certainly building for the $150K BFB Scaffolding Rockhampton Cup (July 9) and the $100,000 Latter  Kennedy Newmarket (July 8). Rightly so expectations are that they will be two marvellously successful days of quality racing. Almost $500K (bonuses included) is on offer on Cup Day – Saturday, July 9.

Working on the same principle there will be about $400,000 on the table for Newmarket Day, Friday, July 8. As the saying goes “that’s nothing  to be sneezed at” and is a far cry from what was on offer when I brought a team of horses up here in 1988 from the Gold Coast.

Like a myriad of industry stakeholders and racing purists, I have never lost my passion for the expectation of what, who and where “they” will be coming from for the Carnival.
“They” equates to horses, trainers and jockeys and their resident bases. The answers will come soon enough just after 11am next Monday when Racing Australia releases the list of entries for both days. Can’t wait!

There have been two items of good news this week. Firstly, gifted jockey Ashley Butler returned triumphant to race riding at Townsville on Tuesday. Ash had been off the scene since May 7, a day he will remember with mixed feelings.

At Callaghan Park that afternoon he recorded a career highlight win on Emerald Kingdom in the $400K The Archer. That evening he sustained a broken jaw among other injuries when assaulted in Rockhampton. After surgery in Brisbane, Ash has made a brilliant recovery and myself included didn’t think he would get back jockeying so soon. Old dinosaurs like me should have learned by now that jockeys are mega fit athletes and their bodies heal very quickly.

So on Tuesday after six weeks being away from what he does best- race riding, Ash was back in action. He ran second on Ricky Vale trained Stubai before winning on Heirborn.
Ash 30 “pound for pound” is up there with any jockey in Queensland. His career tally of 553 winners would have been at least doubled if he had been only a couple of kilos lighter.

Good luck Ash and hope you can snare another feature race win at Callaghan Park over the Carnival. Second item of good news was the return of  local star galloper Marway.
A winner of 12 races including three in Sydney as well as the $200K Wagga Town Plate, the 6YO is back with local trainer John O’Sing. John moulded Marway’s career and then did a fabulous job winning a stack of races with him at Callaghan Park.

The Hemingway (IRE) gelding last raced on December 4, 2021 in Sydney. He has had some issues since but John had his old mate in fine fettle winning a 900 metres barrier trial here last Monday. Marway is entered for an Open (1100m) at Mackay this Friday.
He has a good horses weight of 64.5kg.

Good luck Marway and to his connections.

Won’t it be grand as the Irish say to see William Pike in action over the Rocky arrival next week. He is also the ace card at the spectacular Rockhampton Cup Calcutta at the Workers Club next Thursday. Get all details about the big week of activities on the RJC Callaghan Park website.

Finally, please forgive me if there are any typos in this essay. After 27 years at Stanwell, “She Who Must Be Obeyed” and myself, have shifted stables. Packing, culling and moving is as my Dad, Jim would have said is “a cow of a job”.

So, in racing parlance I am well and truly off the bit and under pressure as I write this.
See you trackside everyone.