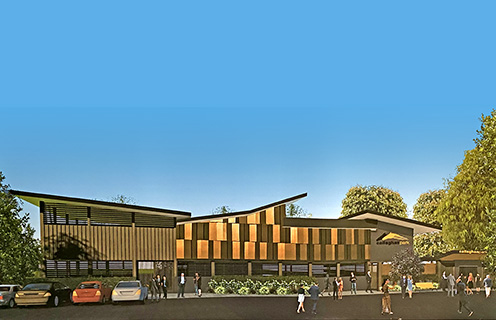 Wasn’t it a delight to wake up to clear blue skies and sunshine in Rockhampton this morning (Wednesday)? Praise the Lord and alleluia seems appropriate. God only knows how much work and preparation goes into major Racing Carnival Days wherever they may be.

Not only that but the success of such days akin to the Rockhampton Jockey Club’s Newmarket (Friday) and Cup (Saturday) are pivotal cogs in providing much needed income for clubs.

In other words they depend on their success to become more viable. Washed out (abandoned) or even postponed feature meetings cost race clubs dearly and associated outgoing expenses are never redeemable.
Enough of that, so bring on what should be two colossal days of racing.

Good news for racing with Queensland Treasurer Cameron Dick (MP) announcing a $2.3M grant for the Rockhampton Jockey Club on Tuesday.
He was at Callaghan Park along with a media throng and was very praiseworthy of both the RJC and Callaghan Park itself.

“Callaghan Park is one of the busiest racecourses in Queensland with 40 race meetings a year. We the Government are investing in the future by providing the infrastructure needed as racing brings the community together”, Minister Dick said.

The grant will fund flood mitigation facilities for a new lady jockeys room (mens as well), administrative offices and an extension of The Members lounge overlooking the saddling enclosure.
By moving the jockeys rooms and offices upstairs the extensions will allay any concerns
regarding flooding on a permanent basis. The works to commence in the coming months will support 23 jobs during construction.

“The new female jockeys room will modern facilities including saunas will lift the present capacity they have from four ladies  to accommodate 15”, RJC chairman Rob Carr said.
Without any doubt the upgrade was badly needed as their present inadequate facility was originally the old RJC office staff’s lunch room. Although little emphasis was placed on the extension to The Members it will be a state of the art facility with an overhanging viewing deck. It will extend out towards the vicinity of the entrance gates allowing for an alluring look as the horses parade pre-race.

Carr said the plan was for the present horse walk entry to the enclosure to be redirected through a tunnel like facility between The Members and the main grandstand.
Believe me the upgrades to all facilities will have a spectacular effect which is much needed at Callaghan Park. Akin to the TV and Radio sales pitch adds “but wait there is more” I tuned in when RJC CEO Ian Mill uttered those words.

“On top of that Racing Queensland will fund $500K for the installation of a new irrigation system for the turf track at Callaghan Park. This has been badly needed to replace the current system which has been troublesome for some time”’, Mill said.

A complete overall of the supply of water for the irrigation system is also in the pipeline – forgive me I couldn’t resist that pun. Another point I felt was of vital interest from the media release with comments from Racing Minister Grace Grace concerns the economic impact of racing in Rocky.

It read – “ Racing  plays a key role in Central Queensland. On an annual basis it contributes more than $55 million to the local economy, while providing more than 450 full-time jobs”.
By the way the present lower level area housing the jockeys rooms and RJC offices will be used to facilitate a training centre for all industry new comers. So there you have it.

After being involved in the media and journalism for over 40 years I was pleasantly surprised by the way Cameron Dick presented to the media conference orchestrating it in a very professional, courteous and friendly fashion. His local MP’s Barry O’Rourke and Brittany Lauga did likewise. Those of you that know me are aware I am not a political, for want of better word “animal” nor do I shall we say “ suck up”.
I call it as I see it and that’s what I saw.

However, with all due respect I believe apprentice Tahlia Fenlon at the ripe old age of 18 took centre stage away from the political heavyweights. Tahlia shone out speaking diligently, forthrightly and sensibly when put “on the spot” for comment by a TV journalist. She is a very impressive young lady both in the saddle and before the microscopes and TV cameras.

Whichever way you look following on from the inaugural Rocky Amateurs Club’s The Archer and Tuesday’s announcements,  2022 has been a very special year for Rockhampton racing.

Finally guest jockey ambassador for the RJC Carnival, William Pike was in attendance at The Members for Tuesday’s announcements. William came across as a very down to earth and obliging easy going character.

How brilliant is it that he will be riding at Callaghan Park over the two days of the Carnival? Those of you fortunate enough to meet him will I believe share the sentiments I have just recorded. Already this morning he has seven engagements on Friday when 102 horses have been declared to race.

Do yourselves a favour folks and get over to Callaghan Park to see The Wizard Of The West in action.