Rocky horses to feature on Saturday – Article by Tony McMahon 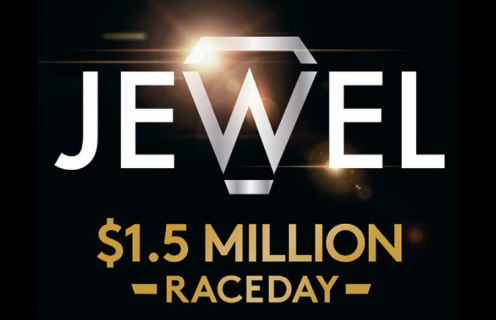 Jockey Les Tilley will feature prominently when a contingent of Rockhampton horses, trainers and owners along with dozens of other Central Queenslanders amass at the Aquis

Jewel races at the Gold Coast on Saturday,

Rockhampton will be represented by the Tom Smith trained Better Rain in the $500K Aquis Jewel 2YO Handicap (1200m).

Better still, Rocky will have two representatives in Graeme Green’s Ahooshu and Clinton Taylor’s Magnetic Drive in the $500,000 3YO race counterpart.

As well Green will start his equine goliath Master Jamie in the $150K The Gold Coast Jewel (1400m), the open class feature day on the gala nine race card which offers $1.66 million in purses.

After the races on the Monday and Tuesday, buyers from throughout Australia as well as huge numbers from CQ will converge for the annual two days Magic Millions March Yearling Sales.

Raced by the Callide Valley cattlemen Stewie Nobbs and John Howard, he has accumulated winning margins amounting to 8.5 lengths at Callaghan Park wins over 1050m and 1100m during February.

Better Rain is part of a team of up to 12 horses than can be stabled at Smith’s new complex Belroma Park at Nerimbera on the outskirts of Rockhampton.

Saturday promises to be full of excitement for Tom as he chases his biggest payday albeit with his first metropolitan meeting race starter.

“He (Better Rain) is coming along very well. He is a very fit horse and I haven’t done much with him since the last win at Rocky on February 25”, Smith said.

Les Tilley retains the ride on Better Rain and he will also ride the Green trained pair Ahooshu and Master Jamie.

Trainer Graeme Green is hoping that Ahooshu, yet another of the popular Better Than Ready breed can go one better this year when the gelding contests the 3YO Jewel,

“I was really happy with his trial win the other day at Callaghan Park and he ran good time for the 900 metres (53.6secs – faster than Master Jamie)’’, Green said

Tilley made a special visit from Brisbane to ride the Green trained pair Ahooshu and Master Jamie in their trial wins that day.

Ahooshu has been a model of consistency for Green and his wife the owner Julie with six wins and five placings from a 12-start career earning $243,050.

Master Jamie has been carrying herculean weights in his recent races at Callaghan Park which have resulted in a win and two seconds, so the weight relief at the Gold Coast will be in his favour.

Trainer Clinton Taylor knows only too well that his four times race winning Top Echelon filly Magnetic Drive faces a big step up in class in her attempt in the 3YO Jewel.

“It’s a big step up but is one that has to be taken. When you qualify for those type of races and with the money on offer you just have to have a go”, Taylor correctly assessed.

Magnetic Drive caused an upset as the $15.00 winner of the Jewel Qualifier (1200m) at Mackay on February 26 in which raging favourite Sweet Dolly ran third.

Last Saturday’s St Patrick’s Race Club Day at Callaghan Park was deemed an outstanding success with a crowd of over 1100 attending,

Read more this week in Tony McMahon’s column Racing Around Rockhampton on the RJC pages and in Ian Mill’s informative weekly racing column in CQ Today every Saturday.