Chris Waller has Two Starters in the $150,000 BFB Rockhampton Cup 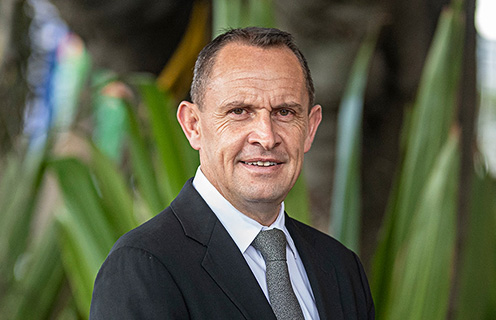 Australian training maestro Chris Waller will make his strongest sortie on the Callaghan Park grass when he will be represented by two starters in Saturday’s $150,000 BFB Scaffolding Rockhampton Cup (1600).

Waller this season will win his 12th consecutive Sydney Trainers Premiership and will be represented by Cup topweight Kubrick (Ryan Wiggins) and Bullfinch (GB) (William Pike).

Star jockey Pike has declared Bullfinch (GB) his best ride over the two days of the Rockhampton Jockey Club Carnival which goes into overdrive with the Rocky Newmarket on Friday.

Pike’s opinion should be a valued guide for punters as he knows the import Bullfinch (GB) first hand having ridden him at his last start in the Wayne Wilson (1600m) at Eagle Farm on June 11.

Under 59Kkg, Bullfinch (GB) was close up 2.7 lengths fifth to Charmmebaby while stablemate Kubrick finished a close second with 59kg as well.

On that criterion it is a highly feasible scenario that Bullfinch (GB) with his huge weight advantage can give Pike and Waller their first Rockhampton Cup at their first assault on the trophy race.

Waller had his first runner at Callaghan Park when Kubrick ran a most respectable 2.1 lengths sixth behind Emerald Kingdom in the $400,000 The Archer (1300m) on May 7.

If you are in Kubrick’s corner don’t let his unfavourable weight sway you against him as he is the class runner of the 16 strong Cup assembly.

The Rocky Cup has been run every year since except 1919 when cancelled after an outbreak of influenza caused numerous deaths including that of RJC Secretary Mr R. Dawbarn.

In keeping with its long tradition, the 2022 Cup has attracted horses from far and yonder including He’s Got Power (NZ) from Riverton in Kiwi land.

Others have arrived from Brisbane, Gold Coast, Mareeba, Townsville, Barcaldine, Toowoomba and Gympie.

The bumper eight race Rockhampton Cup card commences at 12.33pm and goes through until the last, the Phil Peel Jeweller Class 3 (1500m) at 4.54pm.

Shortly afterwards the After-Party kicks in with the Zac Cross Band with Pizza tasting and giveaways courtesy of Rossco’s Pizza.

Three scratchings have been recorded in Friday’s $100K Newmarket (1300m) with toppy Desert Lord out as well as Red Chase and Galapagos.

As a consequence, Jim Byrne’s mount Sir Warwick will tighten even further in the betting.

Among the many visitors flying into Rockhampton for the gala two days of racing are prominent Sydney trainer Mark Newnham and his wife Donna.