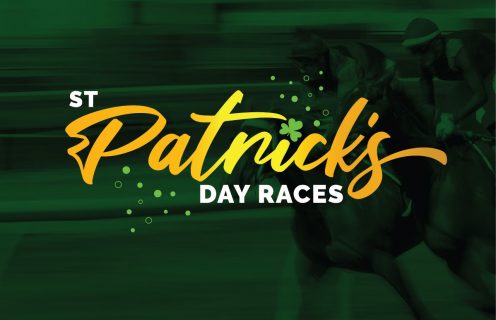 Roving trainer Tom Button, with current stables at the Sunshine Coast and Townsville will be chasing the luck of the Irish during a three-pronged attack on St Patrick’s Day Race Club races in Rockhampton on Saturday.

Button will be represented firstly by well bred Spirit Of Boom are Boom Raider (Race 1 – TAB 3) which looks the best bet of the day in the opener at 12.47pm, the Terry Molloy Memorial Maiden (1500m).

‘’If she brings her best form to the races she should just about win”, Button said.

The latter pair are being prepared for a crack at the rich Capricornia 3&4YO Championships (1300m) run at Callaghan Park on April 9.

“I also have Miss Lot Won accepted for Eagle Farm. Not sure at this stage where she will run,’’ Button said on Thursday afternoon.

If Miss Lot Won makes the trip to Rocky, she will contest the Class 3 Plate (1400m).

“She is on a quick back-up after her third at the Sunshine Coast last week. It was a pretty good run (1100m Cl 4 on the synthetic track) and we have tinkered around with a few things with her this week. Miss Lot Won is getting ready for the 3 & 4YO Classic in Rocky next month. She is four now so this will be her last go at it”, Button said.

A product of Oaklands Stud on the Darling Downs, Miss Lot Won claimed the Capricornia Yearling Sales 2YO Classic (1200m) at Callaghan Park on April 7, 2020.

Last year Miss Lot Won was a good fourth in the CYS 3&4YO Championship (1300m) there but since then in eight starts she has been unsuccessful although some of her efforts have been sound.

At Eagle Farm, jockey Tegan Harrison has been listed to ride Miss Lot Won in a Class 3 Plate (1300m) in which she will carry 57K.

Miss Lot Won, so named as she was the first lot listed for sale at the Capricornia Yearling Sale in Rockhampton on April 14, 2019 has been a buoyant money-spinner.

Her $17K sale price has been multiplied many times over for 11 individual owners as well as members of two syndicates of Rocky’s Livinadream Racing tallying up to $273K.

Button’s other runner Valley Rattler, a 3YO son of Denham and Forty Winks was also Oakland bred and fetched $21K as a yearling.

On Saturday at Callaghan Park, he resumes from three months spell before which if was found the gelding had been suffering from a virus which explained his form slip.

In a busy first preparation of seven runs, Valley Rattler was an Eagle Farm 2YO Maiden (1200m) winner before taking out the CYS 2YO Classic (1200m) in April 21.

“He has had a jump out leading up to Saturday’s race and I was happy how he went. I expect he will be improved by the start over Saturday’s 1100 metres and the big race in April is what he is being set for”, Button said.

The race in question, the fourth run at 2.42pm looms as one of the most interesting on the program.

Incidentally, Valley Rattler is part owned by Yeppoon’s Karla McPhail who is a joint slot holder in the $400K The Archer run at Callaghan Park in May.

It was announced on Thursday that the Desleigh Forster trained Apache Chase will represent the Mc Phail slot in the big race.

Back to Callaghan Park on Saturday and brilliant mare and yet another CYS 3&4YO Championships aspirant Princess Rules comes back racing as TAB 3 in the Open Handicap (1050m) listed as the third race at 2.02pm.

Ten times a winner, Princess Rules is another fine advertisement for the CYS having won $234,250 in stakes.